A Night Before the Deadline Press Kit 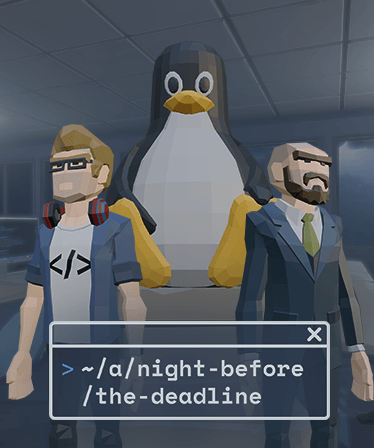 A Night Before the Deadline is an adventure story-driven game with a nice low poly aesthetic and ambient soundtrack.
You play as a developer Joe who stays at the office till late night because his boss asked him to finish the work. All you need to do is to collect code fragments written by other developers, merge them and deploy the project. Nothing special, right?
Everything seems to go as planned but at some point strange things start to happen. You see visions you can’t explain and receive phone calls from an unknown number. That person obviously just wants to distract you from doing your work.
Or is he warning you about something? As you progress the work further you begin to realize that something is wrong… 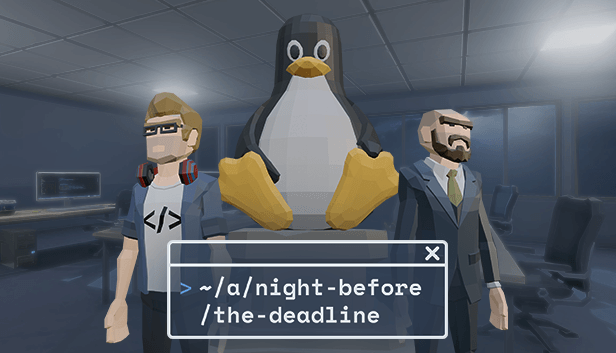 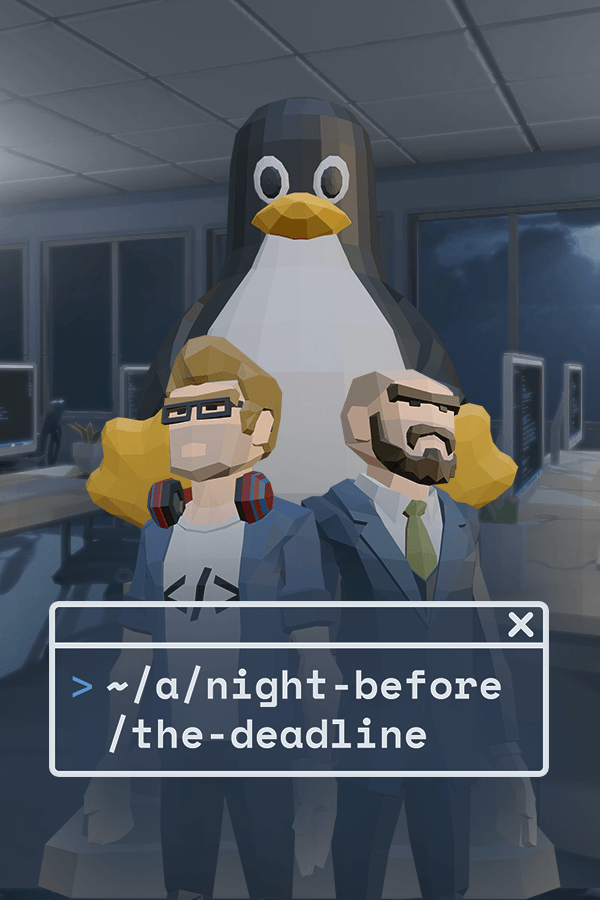 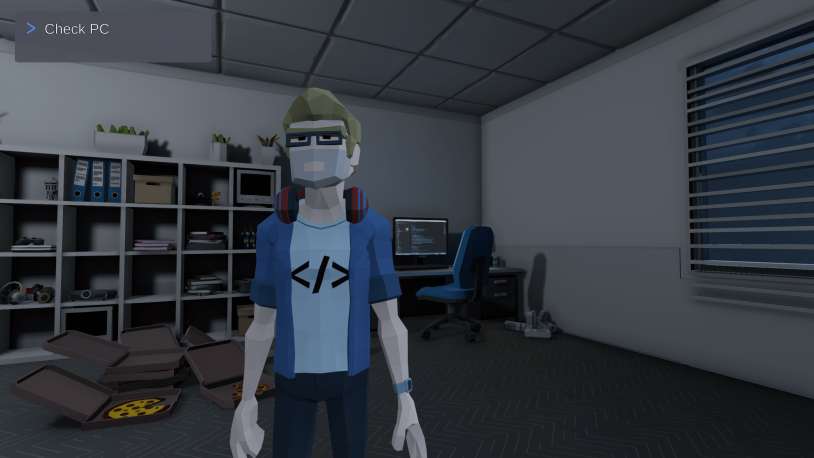 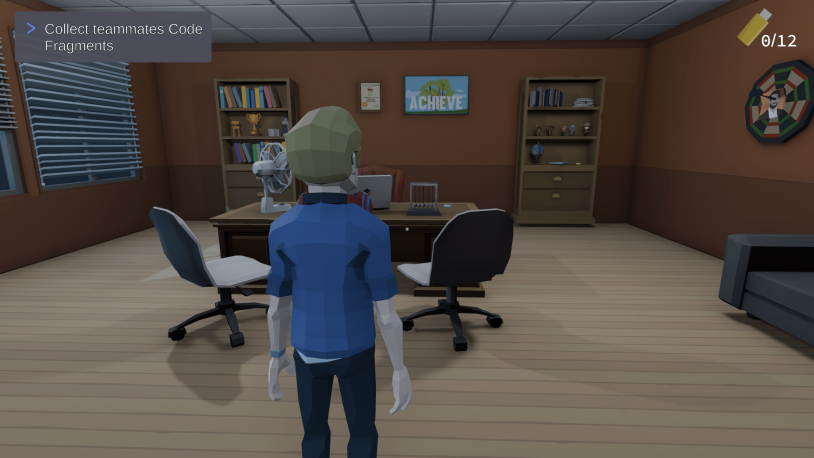 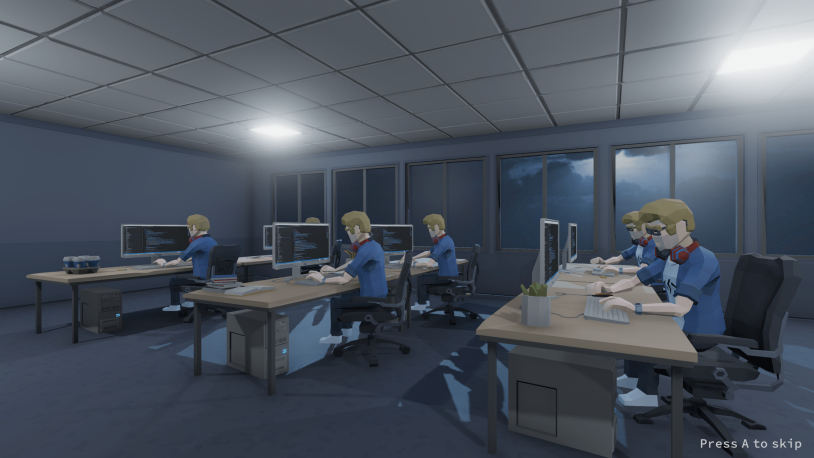 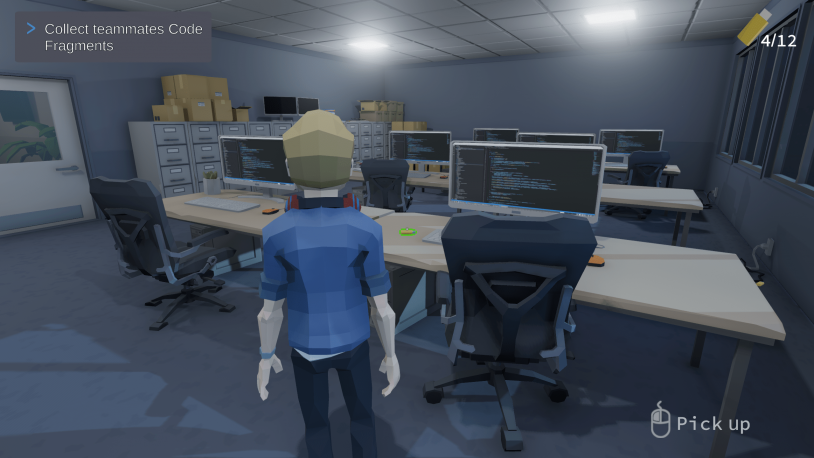 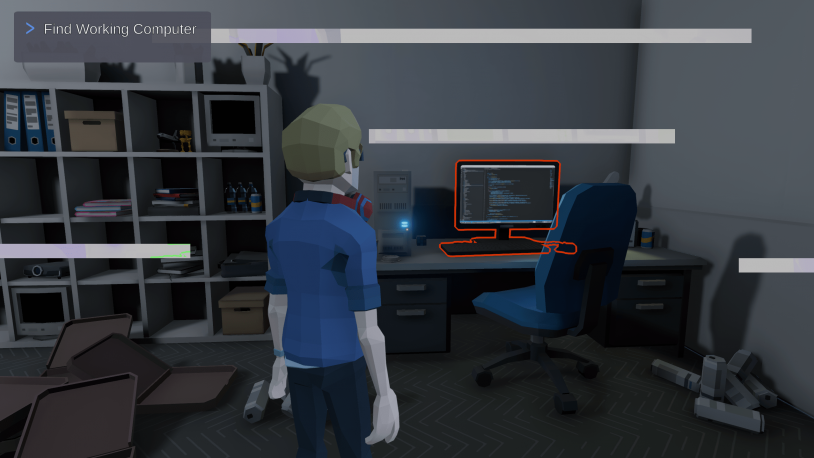 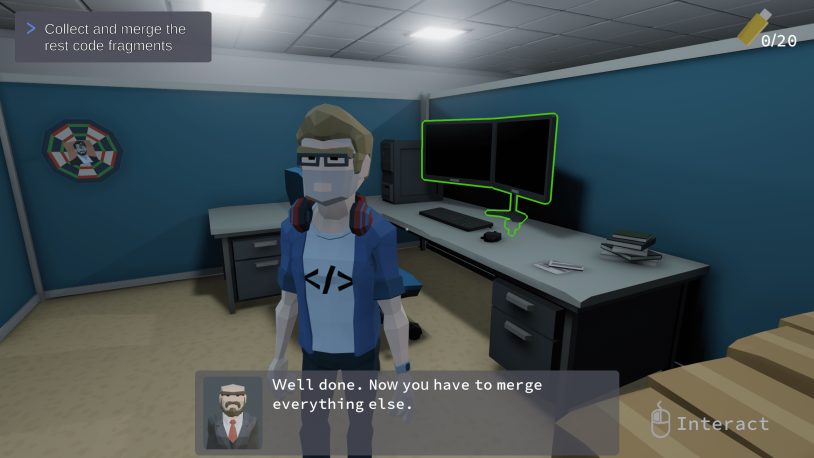 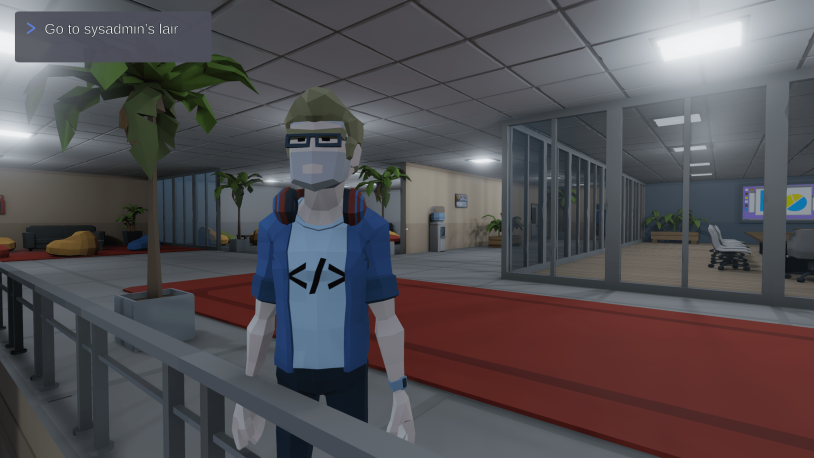 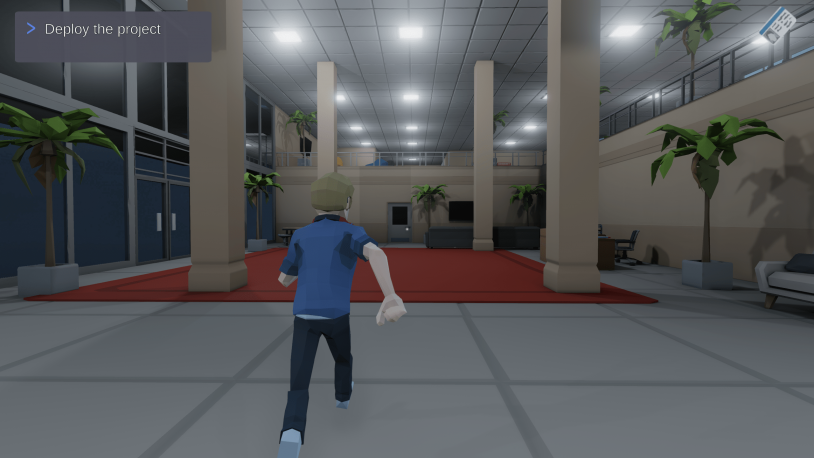 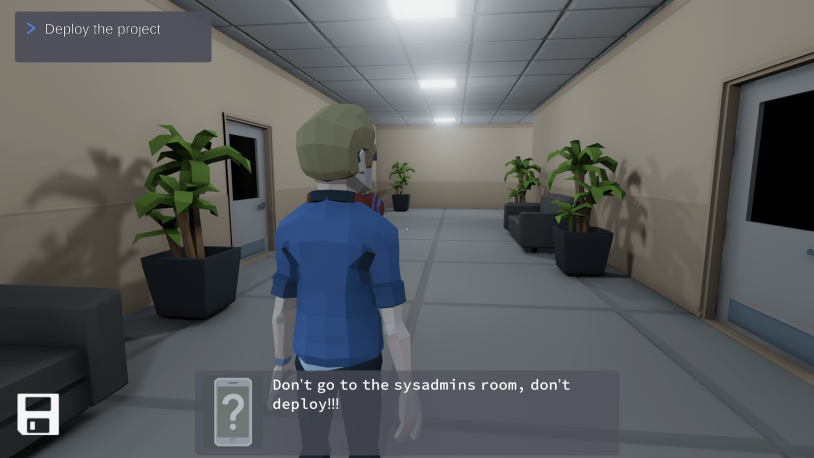 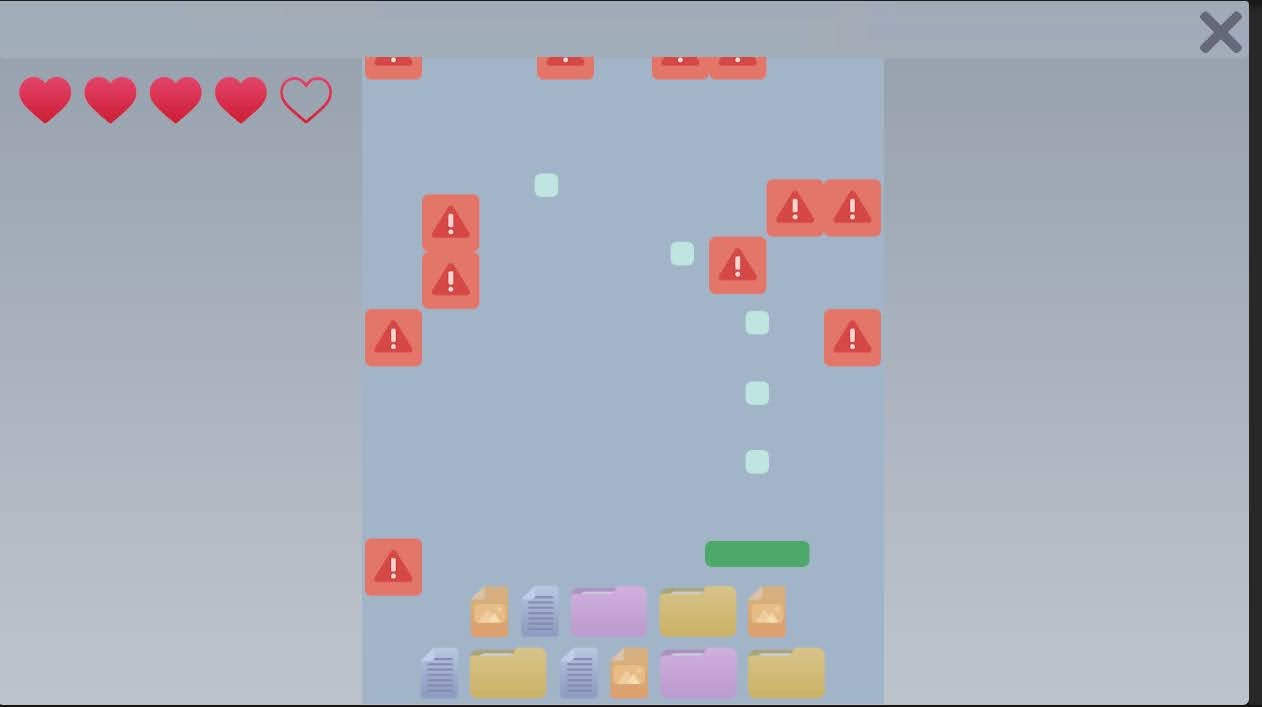 All screens in a single file: google drive

This is a tiny project developed in spare time by full-time web developer. A lot of artwork was done by my wife, a lot was taken from Unity assets store (thank you, Synty Studios)

I had idea for this game for the few years and even tried to implement the first version in the pixel-art style.